The gist of some of the more popular returning shows follows their ability to know their characters in and out. Some have found that balance while some debate on whether to mess with what works to keep the challenge palpable. The maintenance of such characters from Sheldon on “Big Bang Theory” to Charlie on “2 /12″and even to Beckett on “Castle” revolves around the ability of teasing the audiences without giving them what they think they want.

Big Bang Theory The realization within this season is that Walowitz and Leonard do indeed have girlfriends so (like “Chuck”), their relative comparisons to loserdom have been requisitely lifted. However, the superhero of the show remains within Sheldon whose life is seemingly altered by the changing of the social guard. After returning from the Antartica, he tries to escape to Montana. Now he has almost become the unwanted son of newly minted Penny & Leonard. While Leonard seems undeniably less interesting because of this change as his character does try to adhere to Penny’s wishes, it is Penny as a character that is growing because in doing this, it changes her relationship to Sheldon in having to perceive him in a different way with empathy understanding that he is a part of her life. The episode that has her and Leonard going to Switzerland to visit the Supercollider is relatively poignant. But like the Sam/Diane relationship on “Cheers”, a curveball will need to be thrown at a certain point. Walowitz almost has the easy part because there are so many ways he can screw up his relationship to a girl who is hot under her geekiness. The problem is that it creates a double standard in the progression of the series. Raj is the one left out in the cold but obviously they are planning something big for him. Like “Two & A Half Men” it becomes how far you can throw the ball while still keeping the characters who they are. 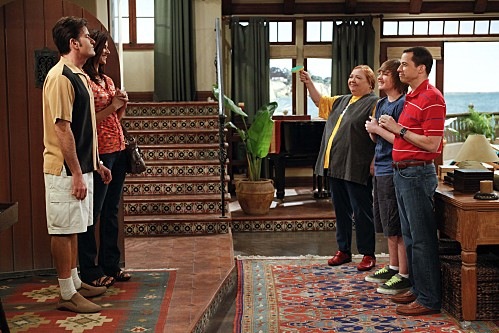 Two & A Half Men The ultimate beauty in the set up of this structure is that people are who they are, no matter which way you look at it. Jake, as the young man, will be taking the back seat as Charlie obviously moves through his issues of marriage. Ultimately, it requires him to screw up his relationship beyond repair. Granted it could be moving in the direction of kids of his own which will bring a whole other dynamic. The reality as true life has shown is that people do revert but that strengthens the show’s resolve since Alan will always screw up and Jake will always be bumbling, although in all likelihood he will secure a hot girlfriend which will just make Alan that much more funny. Charlie is Charlie as is the way. However a recent episode which showed him drunk comedically shows a paradox which was quite unexpected since it was almost done dramatically (which we all know Sheen can do). The questions here aren’t simple which makes the series undeniably workable.

Castle The presence of mind with this series, like its predecessors “Moonlighting” and “Northern Exposure”, revolves around the aspect of keeping Castle and Beckett away from physically being together for as long as possible. While doing this and maintaining the humor is no easy feat but Fillion’s innocent but chicanerous schtick as Castle actually continues with a great amount of joy. You can tell that he is having fun. The up-play of the two side partners getting some jokes in sometimes makes it less real than it should be but the levity needs to be revolved around. The tinge begins to move when Dana Delaney makes an entrance as an FBI agent that gives Beckett a run for her money. You start to see a tinge of jealousy. Stana Katic as Beckett knows the balance and plays the straight and unwavering character in the piece which can be trying but when she comes out a little bit to tease Castle, it is stellar. One such moment occurs during an episode when they are investigating a dominatrix dungeon. Her words are like sin and Castle’s jaw drops. The show and its actors knows itself in and out and, as long as it can maintain the progression, it can’t miss. The only hiccup could occur if they start thinking about real time which unfortunately was brought up towards the end of season 2. 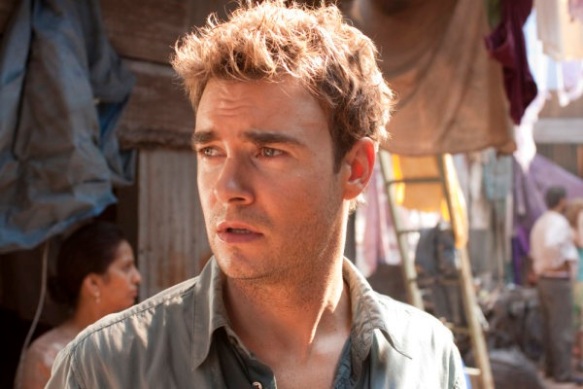 Sanctuary Restitute in its ability to further its reach, the second season of the SyFy series allows for a much wider swath of possibilities. The storylines play to an aspect of a wider world review that allows closed structured series like “Stargate” to push forward farther. The culminating factor for “Sanctuary” is making the series more of a global reach structure so it can play overseas. The aspect of multi-ethnic cultures is what allowed earlier versions of “Stargate” to flourish by comparison. Narrative inlays like the progression of vision quests and the undeniable sacrifices (specifically that of the Jack The Ripper character) speak to more of the mythos that the series wishes to create. While still not creating enticements on the level of say “Battlestar”, “Sanctuary” is embracing its more gothic structures which will allow it to grow.