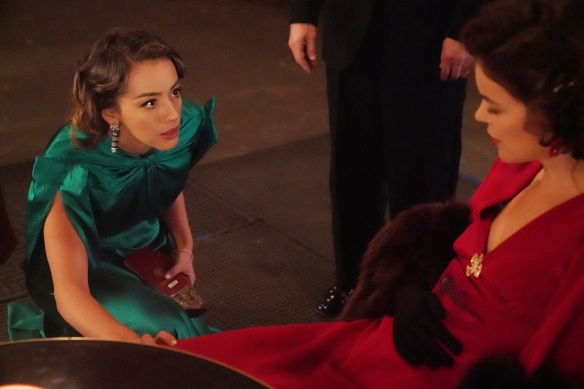 While the reveal of 1931 in the premiere of he 7th and final season of “Marvel’s Agents Of S.H.I.E.L.D.” provided an interesting backdrop, the reality of “Know Your Onions” as Episode 2 teases reveals some of the texture without really allowing any more specific movement to progress. The existential perception of not-Coulson is an interesting one but is not quite built upon here. Without giving any spoilers, the question becomes what is the greater good and who knows what that looks like. There is also the structure of power which is both not in question but also debated. In creating a different timeline, what could happen? Not that that could or couldn’t happen. Could it reset what happened all over Phase 3. or as Dr. Strange put it, was there only one way that it could end where it didn’t create cataclysm. Many rumors point to the fact that this season will help wrap up Phase III while others point to Phase IV reveals. Of course these episodes were shot pre-pandemic so it will be interesting to see how it builds to where it might go. While the 2nd episode ends in a certain place, it might be the exact place it was headed all along though some hidden perspectives and mechanisms can definitely change.