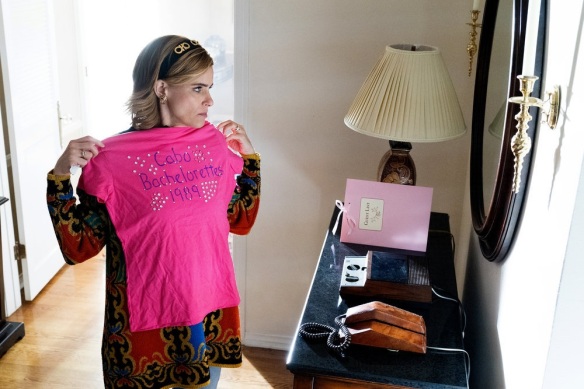 After the dust settles, depending on the personality, that is the tricky part of moving on. With “Dirty john: The Betty Broderick Story” that has been the pendulum in Betty’s mind over the season. Her essence of accepting versus obsessing over the smaller details plays a big part in her trajectory. Granted perception of what people think means a whole lot to her. But in this episode, against her own judgment, her friends even seem to be putting up a wall against her. In the essence of how she was raised, this idealism of what a family is supposed to be seems to be continually drawn from her (even in refection of her parents which might have been initially part of the problem. She tries to fight fair and then not fight fair but she is woefully outgunned. The title of Episode 7 “The Shillelagh” refers to an Irish weapon of blackthorn and oak which acts as a blunt instrument even after an initial attack. This seemingly reflects the continuing onslaught of happiness that Dan’s new wife flaunts in her face.

There is an interesting diametric though that happens at one point though when the issues that Sam (the new wife) have parallel exactly certain elements of Betty from before in terms of her complaints. The way Slater plays it shows that he could in fact turn on his younger wife at a later date as well. One action that is simple and not right (but then none of the way some of these characters act is “right” per se) sets certain actions in motion. Again certain actions Betty commits could be misconstrued one way or another but the space seems to be tightening on her. Peet again knows how to construct this women’s feelings while still reflecting her love of her children. Then at times her mania in a way takes over. It is an interesting continuing character study for sure. And again Slater in one specific moment gives a link of civility telling his new wife to “put it back”. And yet as the first scene with him in front of a class dictates, sometimes it is s not exactly what one says and if it is understood but how it is being said.