Tribeca Film Festival powered up in the notion of a post 9/11 world to create a resurgence in the Downtown area. In its diversity, it has expanded through the East Village and Chelsea. Even in a busy week populated by cigars and an interesting cocktail called Cleopatra’s Needle, the strength of the films as shown on the final two days of the festival highlights strength even as the galas and would be headliners aren’t as prevalent.

The first film “Mobius” highlights “The Artist” star Jean Dujardin as a Russian operative (French born and raised of course) who is on the trail of a quick numbers girl in Monaco who understands the market. She has insider information that brings her into the crosshairs of a multi-national businessman/criminal (played with detached aplomb by Tim Roth). Initially using its Rivera textured noirishness to great aplomb, it retreats into more darkened corridors. What initially might have hindered in the film with the lead French actress completely changes immediately after she and Dujardin spot each other in a club. Her aggressiveness and intelligence, not to mention beauty perfectly interweave with his care and gentleness (though as the lead operative he has screwed up royally). While slick, the film does lack at times a sense of danger which tends to come and go. Some actors are exceptional while others fail to convey a certain fruition though Roth’s right hand hitman is sufficiently vicious and deliberate without being dumb. The resolution is resoundingly European but tenacious still.

“The Machine”, an entry in the midnight category, mixes elements of “I Robot”, “Species” and “The Terminator” with a bit of flair on what is certainly a limited budget. With its odes to “Blade Runner”, darkened labs and cold lighting. Toby Stephens, who played the altered North Korean villain in the Bond film “Die Another Day” shows his excellence at subtlety. Unlike “I Robot” which simply tried to introduce ideas and then cover them up with large scale action scenes, there is a bit of time spent on watching the new robots’ reactions to their existence. While it can get overly techie (like with the altered soldiers who when they lose the power of voice after given new implants create their own sub-vocal language), the film does retain its sense of foreboding. Cary Lotz, who at first plays a young scientist who imprints herself on the new cybernetic organism and then the organism itself, plays the sense of the childlike and the murderous quite succinctly, much like the human Cylons in “Battlestar Galactica”. The eventual revolution is expected and the dull silver eye glow in the dark of the altered definitely creates a mood.

“The Kill Team”, which won the World Documentary Award at the fest, is a very frank and unflattering view of members of a battalion in Afghanistan which began killing civilians for sport and war trophies. The access and frankness of the participants creates an interesting barometer of senses because one wonders if their sentences at times either help or hinder or if a type of nihilistic point of view sets in. The main integration of the doc is with the soldier who, while having knowledge of what was going on, tried to warn his superiors and eventually his father but the whole thing blew up in the media before it could be taken care of internally. What is fascinating at times about the progression here is that it seemed on top of what was going on from the very beginning which makes the idea of it almost too convenient in many ways. The use of stark lighting and almost metaphoric textures wade well with the footage taken on consumer cams but the soldiers themselves. The legal process is at times a bit overdone but watching the psychology of it and the twisted logic that progresses, especially with a character, the catalyst (as one would say) in Gibbs, the commanding officer that engineered the killings and the cover ups (and is never seen), makes the resolution both mysterious but also incomplete. 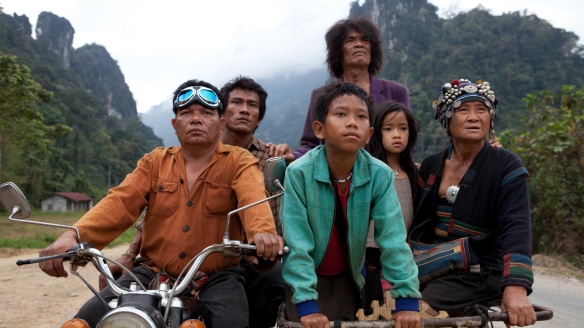 “The Rocket” which won the Narrative as well as Audience Award at the fest, is an unusual progression of outsiders in a very alien landscape. Set inside Laos, which borders Thailand, the film offers a view into family life and almost tribal situations that have lasted hundred of years. When the threat of technology brings a new possibility of a dam into a valley, the local residents are relocated against their will. Their land, which had been theirs for countless years is raked from the land. The lead character, a boy obsessed with his boat and making trouble, reluctantly goes along. He is one of a pair of twins. The other was stillborn but the superstitions run high in this particular corner of the world. Despite very specific underpinings, the relationships are universal from the pig-headed father who eventually learns his lesson to the annoying but oddly correct mother-in-law (his mother) who always wants to save a buck. After a traumatic experience involving the death of the young boy’s mother, the family finds themselves in a temporary camp which pushes the idea that they will be moved permanently but they never do.
“The Rocket” refers to a rocket festival of all things where the locals launch projectiles into the heavens which creates a sense of wonder. What lifts up the film undeniably is the performance of a cool older uncle parading as the Asian James Brown. The humor he infuses creates a stark paradox to the rest of the movie and gives it the soul that allows the rest of the relationships around him to thrive. 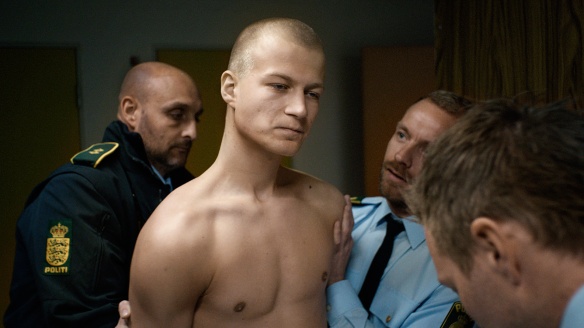 “Northwest” uses the perspective of the unwinding element of the thug life in slow motion. The lead character here wants to increase his respect and bankroll in a less-than-well-to-do town. Moving up from simple bouncer to would-be pimp to a local boss’ prostitutes, he just wants to get what he believes he is owed. Scratching and playing two sides at one time always seems to come out bad. The reality here is that bleak suburban back streets are just as dangerous as the blowtorched remnants of old. Temptation and sex corrupt absolutely until someone wants to get paid and then it moves out the window. The interesting psychological progression here is the idea that the would-be alpha male, despite his viciousness, cannot bring himself to kill a man while someone else takes the rap for what he did. This unwinding morality tale culminates in the simple fact that no one will protect you but yourself. 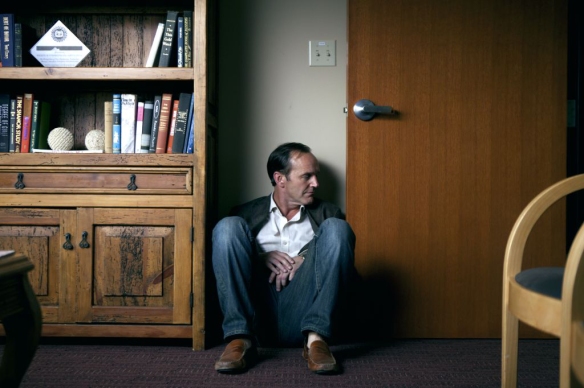 “Trust Me”, directed by character actor Clark Gregg, tells the self–effacing story of a child-actor turned child-talent agent. While the tone moves darkly in the necessity of showing that the kids are as conniving as adults, the follow-through seems remarkably magical realism in the basest film school perspective. Having found what he considers to be his ticket back to the big time, the character progression of the lead shows that the open-hearted are always being played upon. While in this idea lies a cautionary tale, the humor inherent in the story moves with an uneven grace buoyed by an interesting love interest (played by Amanda Peet) who understands this man despite his obvious shortcomings. The visual style speaks more to a TV thought pattern though the staging at the end is undeniably theater. Ultimately it speaks that the lure of Hollywood consumes all regarding where the soul comes from.

“Adult World“, starring an ernest Emma Roberts, tries way to hard to be effervescent in its story about a college graduate who has to resort to working in a adult store to pay the bills. While it is dexterous to what many graduates are going through nowadays, this film tries to use the reflection of a girl with no experience in that of the world (or the word for the matter) trying to be a writer. While the visuals do play to a baseline comparison to her famous Aunt Julia’s “Pretty Woman”, the results are more awkward than funny. Roberts’ character tries to affect her way into the life of a famous poet played with disinterested aplomb by John Cusack. She does everything going from an academic stalker to an eventual groupie in trying to impress herself upon this man who is deplorable in every sense, especially in his eventual razing of her (by publishing her poems as the worst ever made). The resolution inevitably speaks to life experience and that existence works in mysterious ways, especially when Emma’s character eventually ends up rooming with a drag queen while trying to resolve her feelings for the local boy that works at the porn shop with her.

Despite a somewhat uneven progression of films, Tribeca Film Festival continues to show a intriguing sense of programming. While the international elements of “The Machine”, “The Rocket” and “Mobius” carried the most weight, the inclusion of faltering American independents shows an interesting divide in the global marketplace in 2013 which should be interesting to follow.

At the TCA CBS Summer Press Tour during the panel for “Two Broke Girls”, Michael Patrick King, “Sex and the City” writer and the director of its two film adaptations, announced that a prequel for Sex and the City is something he doesn’t “even imagine doing.” Rumors have been abuzz about a prequel film following Carrie, Samantha, Miranda and Charlotte taking place prior to the popular HBO television show. According to the rumors, Blake Lively would play young Samantha, Selena Gomez would play Charlotte, Emma Roberts would play Miranda, and Elizabeth Olsen would play Carrie Bradshaw.

King stated, “The idea of going backwards on ‘Sex & The City’ is something that I don’t even imagine doing. I haven’t read the books, but I have no connection to the prequel.” King said that he was only interested in Carrie Bradsaw as a character in her mid-30’s to 40’s. He went on to add, “I didn’t even want to know who her parents were.”

Now this doesn’t really put an end to the chance of a prequel, but it doesn’t seem like Michael Patrick King would be on board. What do you think?