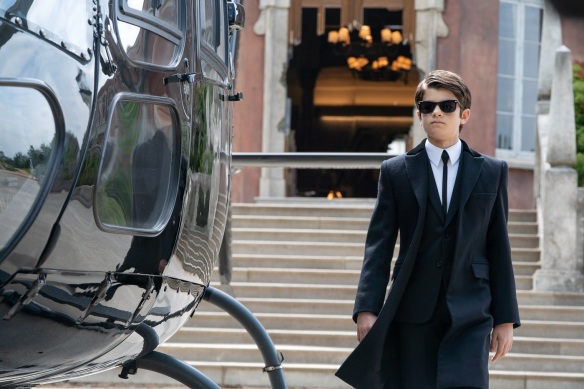 One of the bigger movies that was been pushed in a certain way since the COVID-19 crisis is “Artemis Fowl”, a children’s story which Disney approached hoping for it to be another franchise. The film which has been done for awhile was ready for release last August seemingly shifted with the Fox/Disney merger. But the pedigree of director Kenneth Branagh persevered through. The reality that sometimes Branagh can find the balance but only when there is enough tragedy of a human moment drifting in the story. The mid size film tends to work well. Even “Thor” suffered a bit from its own weight versus say when it git to Ragnarok. But starting something is always difficult. However it also seemed like “Jack Ryan” would have been a slam dunk but that failed as well. When we spoke most recently for “All Is True” which also had Judi Dench in it as it does here, there is a sense of time. That feeling happens once here but it is almost external of the actual story with an implement of CGI. It is a moment involving Office Short (played with wonderment by Lara McDowell). The music, effects, emotion and poignancy work all together. It is a well executed scene, very small in certain ways because of what it sets up but so poignant. “Hamlet” had those moments in spades. “Murder on The Orient Express found that balance as well. Here, the spectacle of the chess game being played by Artemis Fowl later doesn’t give you the ability to get to accept him and know him. It feels hollow. The book differs greatly but it simply drops you into his adventures without a set up. The film needs to provide that which it does in a build of book ends which is meant to push into other sequels. However “Artemis” suffers from the same problems as ” Wrinkle In Time”. It’s audience is in between the lines of what people want to see. Ferdia Shaw plays Artemis adequately but there is no feeling of soul or stakes. As a result motivations, even those of Officer Sort (who is the strongest character by far) seem unbalanced. 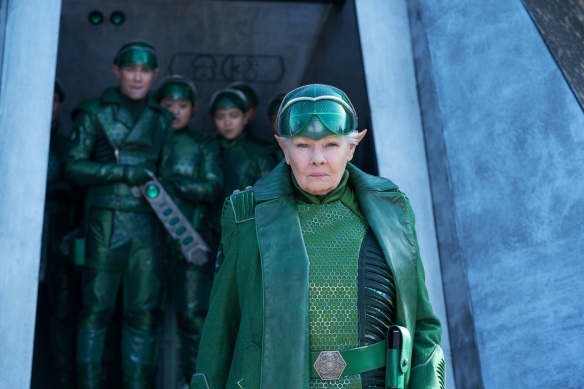 “Artemis Fowl” as a book seemingly gauged it a little older and shifted the advancing tension. Within the movie there is two main locations and they don’t come off very dynamic. Josh Gad plays Mulch, a big dwarf with obvious secrets. It is a showy role but it seems like Gad was playing outside the box but with a bunch of crayons while not exactly inside the lines. He lowers his voice and is covered in hair but the ad libs (or maybe just the actual dialogue) just don’t quite hit whereas on “Orient Express” it felt right. Another interesting side frame happens in the way Judi Dench inhabits her role as Commander Root. At times one got vibes of Dennis Hopper in “Waterworld” especially in one shot when she is flying an approaching ship. Sometimes plot needs to move along. Sometimes there needs to be a one liner. Sometimes scenery need to be filled or chewed. Reluctantly in bring up the abhorable “Cats”, one of the better spots in that was the regality, the emotional tenderness and the command Dench’s character had in that movie especially at the end. Here she is supposed to be all encompassing but some of that signature charm and slight of eye with Dench would have worked wonders. All in all there seems to be alot of opportunities missed here. 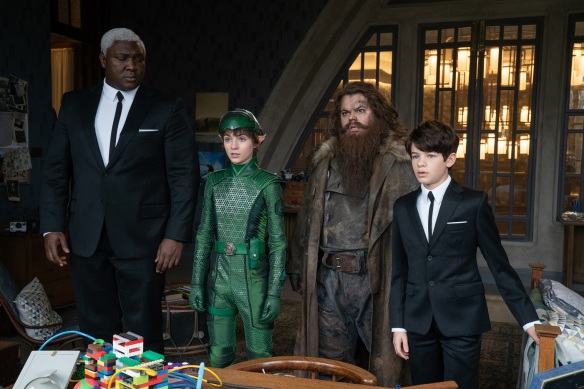 It is not a fault of the book which took a completely different path. If it had been done that way, it might have had similar problems to say “Sahara” which tried to drop the filmgoer into Dirk Pitt’s adventure mid tier. Those books had such promise but the screenplay and story structure was not built right. The nut of book to film is sometimes tricky sometimes to crack”Pirates Of The Caribbean” was lucky in that the ride establishes it but Jack was dropped into that as a character and flourished. Yet “Haunted Mansion” has that mythology and yet was not been able to find that angle. “Artemis Fowl” is a misfire in that way as well. There are small moments and Short as a character and even Butler, Artemis’ bodyguard, get it right but everything around them, character, story and all, do not quite fit together right. On Disney+, this will be good new content and makes sense as a content move because in a movie theater this film would have stumbled (much like the recent “Dolittle”). The effects are well done but again, it is done for beauty and not as much for a sense of purpose. Some of the visuals are wasted on the small screen though. The time stop is a neat trick but with so much possibility as well as some of the other technology. “Artemis Fowl” doesn’t quite know its audience and its audience doesn’t quite line up here either. It plays too young while not playing older much like a more expensive version (sorry) of “Agent Cody Banks” with mythology thrown in. It had tinges of “Tomb Raider” from a male perspective in the book but misses the mark here.